We’re delighted to announced that a shelter set up for rough sleepers in winter is now set to operate all year round thanks to money raised by this year’s Beat the Streets.Framework’s Sneinton Hermitage provides ten direct access accommodation places for people sleeping rough in Nottingham and was initially funded as a winter measure.

However, thanks to the money raised by Beat The Streets, the service is now operating throughout the year taking vulnerable rough sleepers off the streets each and every night.

Framework Chief Executive Andrew Redfern said: “Sneinton Hermitage is a vital part of ongoing efforts to tackle rough sleeping in Nottingham. It is saving lives and changing lives every day of the week. However, without DHP’s Beat The Streets fundraiser it would not be open today.

“The amazing £67,000 raised by this event not only allowed us to keep this accommodation in the short-term, it also helped us to secure further long-term funding from central government, which means we are able to keep it open until at least March next year. Without the astounding generosity of George and the rest of Beat The Streets, that would simply not have been possible. On behalf of everyone at Framework I would like to extend my sincere thanks to everybody who made this remarkable event possible.”

George Akins, MD at DHP said: “This is a fantastic outcome for everyone involved. It’s great to see the music community of Nottingham come together each year to stage Beat the Streets and raise money to help tackle such a serious issue. This all year round shelter will provide much-needed support for people when they most need it.”

Beat the Streets has announced next year’s festival will take place on Sunday 26 January 2020, with tickets priced at £7 going on sale today (Wednesday 22 May).

Taking place across venues in Nottingham in January 2019, this year’s festival attracted thousands of people to watch sets from 50 plus acts across 8 stages, including Nottingham musician Saint Raymond, popular metal band Evil Scarecrow, as well as an appearance from former Forest and England footballer Stuart Pearce. 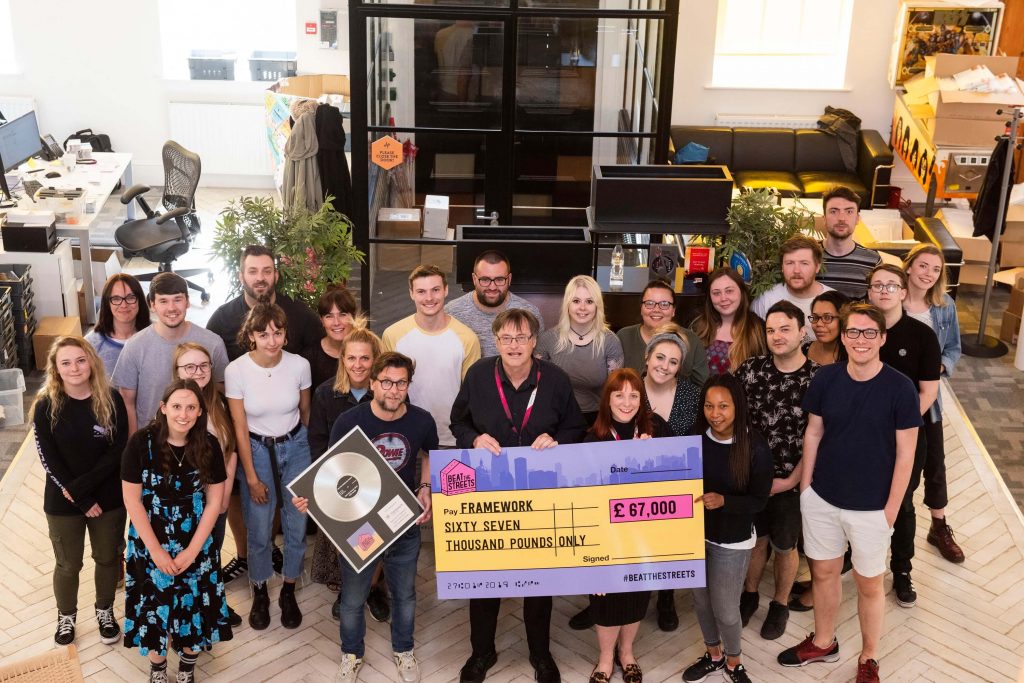