Back with a bang with an in-person event this year after being forced online in 2021, we’re thrilled to announce that Beat the Streets 2022 has raised £76,000 to be used to provide housing and specialist support to rough sleepers in and around Nottingham. 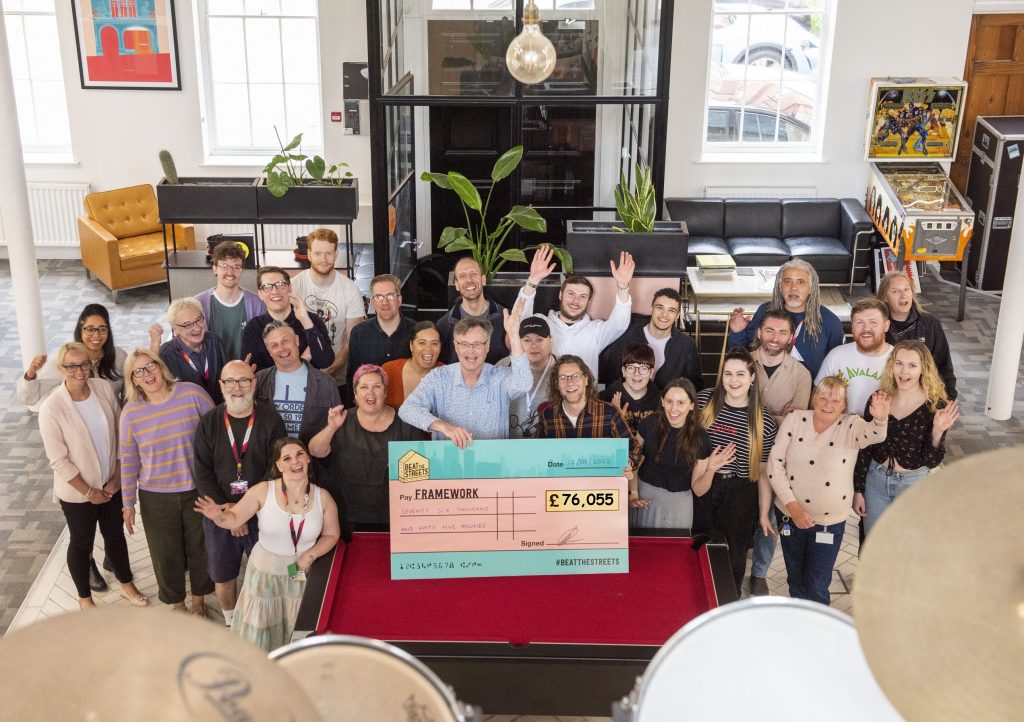 Since its launch in 2018, the festival has become renowned for the vital funds it has raised for Framework and awareness it has brought to the rising homelessness crisis in Nottingham.

Beat the Streets has now raised £320,000 in total for Framework, the charity that works to turn around the lives of rough sleepers providing housing, health, employment, support and care services to people with a diverse range of needs.

Last year, the multi-venue festival took place online and still succeeded in raising just under £20,000 for the charity.

Framework’s Chief Executive Andrew Redfern said: “Led by George Akins, the commitment of everyone at DHP Family to support our work with homeless people has been simply astonishing.

“It is backed by hundreds of musicians who have given their services and thousands of music lovers who have turned out to enjoy their brilliant one day festival Beat The Streets over the past four years.  In that time DHP has become Framework’s biggest supporter in the business community – contributing in excess of £300,000 to assist our response to the crisis of rough sleeping in Nottingham.

“So we were delighted to welcome the return of Beat The Streets and to receive news that £76,055 was raised from this year’s event at the end of January.  The Covid-19 pandemic has been especially challenging for leisure and music venues so this continuing support from George and his colleagues is both humbling and heart-warming.  On behalf of everyone at Framework I say a very sincere thanks to you all.”

In previous years funds raised through Beat the Streets has contributed towards the cost of emergency responses such as the winter shelter; now that this activity is better supported by government, Framework is turning its attention to long-term resettlement.

George Akins, MD, DHP Family, said: “Putting on Beat the Streets is a labour of love for myself and the team. To be in a position to use music as a force for good is fantastic, we get to give people a good day out and raise funds at the same time for a brilliant charity that is doing such vital work to help people in real crisis.”

Taking place across venues in Nottingham in January 2022 for the first time in two years, this year’s festival featured 55 sets across major venues in the city centre, including Rock City, Rescue Rooms, Stealth and Bodega.

Beat The Streets booker Joseph Patten said: “We want to thank everyone who joined us at Beat the Streets. Thanks to the tickets you booked, food donated, merchandise bought, playing the tombola and even buying a drink from the bar, all this has gone to helping us raise thousands of pounds once again to directly help homeless people in need. And of course a massive thanks to all the artists who once again give their time to play for free. ”

To find out more about the brilliant work Framework do head to www.frameworkha.org